Because you've got to have FAITH!

In this episode of the podcast we do not cover WHAM or anything else George Michael-related. However, we DO talk about the incredible book recently released by noteworthy author, Christopher B. Owen.

Faith is described as 'a romance beyond belief', it tells the story of Aaron (an atheist) falling in love with Faith (a Christian) and how their friends + family try to keep them apart, a true modern day Romeo & Juliet.

On this episode of the podcast Joe welcomes Chris and the two of them discuss 'Faith' which leads into a conversation around if we could truly see this type of relationship in the current political climate that we live in. The two also discuss Chris' writer origins and what other projects Chris is working on.

We couldn't be more delighted to have Chris on the podcast and we look forward to having him back on to discuss his next project.

About Christopher B. Owen 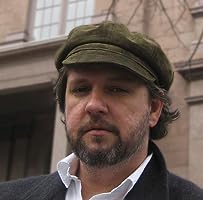 Christopher B. Owen grew up in Texas where he developed a love for writing at an early age. He studied English Literature and Journalism in college, earning a B.A. in English from the University of Texas Arlington. After college, he worked a long and fruitful career in the aviation field, during which he was able to travel the world and experience many unique places and events that would later inform his writing.

After retirement, Chris began writing full time, and over the course of the past decade he has seen over forty of his short stories traditionally published in print and online, and is now proud to announce the release of his first two novels, Euro Spree and Faith.

Chris now lives in Colorado, surrounded by the gorgeous peaks of the Rocky Mountains, which he finds quite an inspiring and tranquil writing locale. He is at work on several new writing projects, and otherwise enjoys hiking the countryside, skiing, playing guitar, gourmet cooking and cocktail hour.

While working on a routine music video shoot, Aaron Webner falls head over heels for the star of the show, Faith Carlyle. Just one problem, Faith is a devout Christian and the daughter of prominent televangelist Aubrey Carlyle. Quite surprisingly, Aaron and Faith hit it off, despite their seemingly contrasting beliefs. Initially, they keep their relationship on the sly, both from
Faith’s sanctimonious family and friends, but also from Aaron’s secular world as well. As the tale progresses, however, matters come to a head when Aaron’s atheism is revealed to Faith’s parents.

Make sure to check out the NEW Dtalkspodcast.com website!